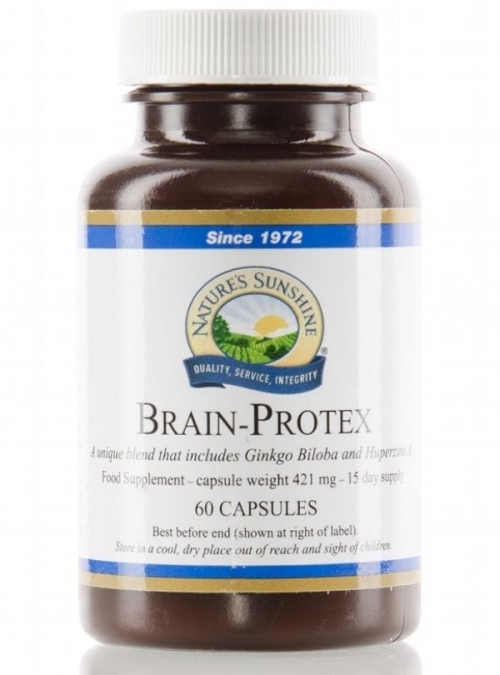 An ideal complex for durability and health is created in order to protect from the free radical damage.

Do you already have a discount number?

This calculator will help you navigate the order amount so that you can see how much you are missing to get a 20% discount! Please note: The discount calculator sums up 'Price with discount'!

Brain-Protex with Huperzine (Nervous), brings durability and health, is created to give the maximum defense against excess free radical harm. It is so much helpful for men and women over 50 years old who want extra support to control the health of nervous system. Brain-Protex has herbage ginkgo biloba which aids to control and support your circulation system in the whole organism and through the brain.

Brain-Protex quickly crosses the blood-brain barrier, giving strong protection. Huperzine, an element from Chinese club moss, is signifivant for boosting memory. The product also has a mix of phosphatidyl serine, choline, ethanolamine and inositol and strong antioxidants lycopene plus alpha lipoic acid. Also it has rhododendron caucasicum in its formula, a potent free radical quencher which is used in Russia for a long time by durability enthusiasts.